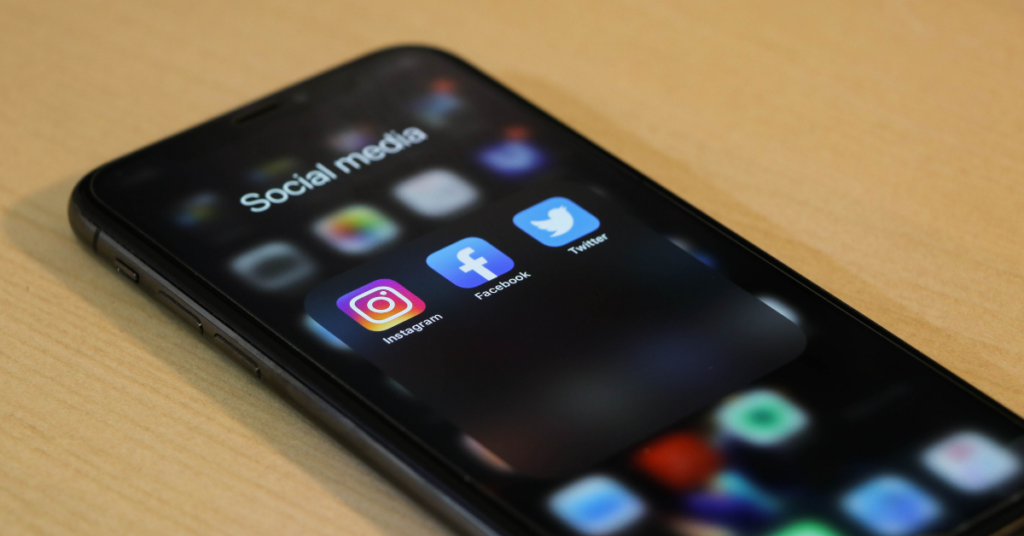 Every once in a while, something comes along and causes a paradigm shift in its respective field or medium, a breakthrough that challenges prevailing narratives for explaining the world. Sometimes those breakthroughs are few and far between. For fields marked by rapid change and development, those breakthroughs can occur more frequently. In the rapidly changing field of social media and its impact on society, Chris Bail’s Breaking the Social Media Prism stands to become one of those paradigm shifts.

The “echo chamber” is the prevailing narrative around polarization. It’s the idea that people move toward more radical or extreme views on a topic because they are caught in a self-reinforcing echo chamber of voices and opinions with little to no presence of challenging viewpoints that might temper their drift towards extremism. The narrative seems like the obvious explanation, but Chris Bail has a different take.

Bail is professor of sociology and public policy at Duke University, where he oversees the Polarization Lab. His book Breaking the Social Media Prism is chiefly concerned with social and political polarization in American society. It summarizes many of the findings from his research, including why he thinks the “echo chamber” is simply a legend.

Why Extremists Are So Loud

Drawing on his work as a sociologist, Bail believes “the rapidly growing gap between social media and real life is one of the most powerful sources of political polarization in our era” (8), and that “studying social media from the perspective of the people who use it is also important because they are conspicuously absent from public debates about social media and political tribalism” (9). His thesis statement deserves to be quoted in full:

“I will argue that our focus upon Silicon Valley obscures a much more unsettling truth: the root source of political tribalism on social media lies deep inside ourselves. We think of platforms like Facebook and Twitter as places where we can seek information or entertain ourselves for a few minutes. But in an era of growing social isolation, social media platforms have become one of the most important tools we use to understand ourselves — and each other. We are addicted to social media not because it provides us with flashy eye candy or endless distractions, but because it helps us do something we humans are hard-wired to do: present different versions of ourselves, observe what other people think of them, and respond accordingly. But instead of a giant mirror that we can use to see our entire society, social media is more like a prism that refracts our identities — leaving us with a distorted understanding of each other, and ourselves. The social media prism fuels status-seeking extremists, mutes moderates who think there is little to be gained by discussing politics on social media, and leaves most of us with profound misgivings about those on the other side, and even the scope of polarization itself.” (10)

If Bail is right, and the narrative of echo chambers is a fundamentally incorrect view of how polarization takes place in our society, then trying to break those mythical chambers will not fix the problem, and may create others.

Chapters 2 and 3 detail Bail’s extensive research on what happens when people step outside their echo chambers: The experiences made them more entrenched in their beliefs, not less. Bail concludes the echo-chamber’s emphasis on information or viewpoint diversity obscures an even deeper motivation and desire behind the hardening viewpoints of his participants: the desire of identity and belonging. Bail captures the true engine of social media:

“We humans are unusual creatures because we care so deeply about what other people think of us. Consciously or unconsciously, we expend unreasonable amounts of energy — from a dog’s perspective, at least — presenting different versions of ourselves in varied social settings to figure out which ones ‘work.’ . . . The deeper source of our addiction to social media, I’ve concluded, is that it makes it so much easier for us to do what is all too human: perform different identities, observe how other people react, and update our presentation of self to make us feel like we belong.” (48, 52–53)

For chapters 5 and 6, Bail describes how “the social media prism exerts its most profound influence when people are not aware it exists,” through the amplification of extremists and the suppression of moderates.

Extremists. Returning to some individuals of his study, Bail notes how the activity of individuals with extremist political views isn’t driven by a desire to defeat the arguments of the opposite side. Rather, trolling and social media attacks “serve a ritual function that pushes extremists closer together” (62). In short, what drives the adoption of extremist views is not rational persuasion or intellectual engagement, but the desire to belong — especially if you have nowhere to belong outside of your social media identity. If an extremist or “troll” lacks status or significance offline, it makes their online status more significant, and also much harder to abandon. They come to depend on the social media system that maintains their identity and the support that comes with it (66).

Moderates. By contrast, moderates, who remain a statistical majority in American society, often possess an offline significance and identity that extremists lack, and they stand to lose much in participating in social media online. So they stay relatively quiet. Unfortunately, moderates’ lack of participation reinforces the distorting effects of the social prism, making extremist positions seem more commonplace and normal than they actually are.

For the rest of the book, Bail details some potential solutions to breaking the social media prism.

What Society Can Do

Bail immediately takes the option of deleting one’s social media accounts off the table (chapter 7), showing that a mass social media exodus is not a realistic or feasible option and thus should not be pursued as the magic cure.

Reforming Platforms. Platforms cannot be the solution either, since the problem lies fundamentally beyond the control of the platforms themselves. Bail’s charge is that “it will be largely up to us — the people who use social media — to improve our current platforms from the bottom up” (98), including developing new social media platforms for public political discussion.

Closing Perception Gaps. Among his best solutions, Bail seeks to close the “perception gap” by teaching users how the prism distorts our identities and the identities of others. Another solution is to dismantle false polarization by using data and information to tangibly demonstrate the prism’s distortions, and also through patient and measured conversation with others both offline and online.

In Chapter 9, Bail describes a new social media platform called DiscussIt, where users anonymously discuss political topics free from any ability to construct an identity or find meaningful belonging with others. Although the platform has not been widely adopted, Bail shares some encouraging success stories of how DiscussIt has resulted in tangible de-polarization from its users.

For a book with a significant amount of research and work behind it, Breaking the Social Media Prism is far more down to earth than one would expect it to be. Readers from a wide variety of audiences and backgrounds will find it both enjoyable, applicable, and edifying. While Bail does not explicitly address pastors and ministry leaders, they would benefit greatly from wrestling with his research. The book is a rare balance of scholarly detail and general accessibility. Although primarily aimed at other academics in sociology or experts in media studies, the book’s careful presentation of information allows for anyone to follow along without getting bogged down in statistical research and data details, which Bail graciously provides through generous appendixes and lengthy endnotes. Bail’s emphasis on the stories of individuals further aids the book’s accessibility, often clarifying the nature of the problem and the potential solutions as you relate these stories to individuals you may personally know.

What Churches Must Do

How might Christians evaluate Breaking the Social Media Prism? Christian theology can bolster Bail’s arguments in several key ways. Christians would benefit greatly from supplementing Bail’s work with Scriptural realities. For example, Bail notes in his thesis statement that “the root source of political tribalism on social media lies deep inside ourselves,” to which the Christian doctrine of the sinfulness of man comes alongside and says “yes, you are on the right track.”

A Christian doctrine of depravity not only explains the thorough brokenness and evil caused by the social media prism, but also sets the stage for our inevitable failure to fix this brokenness ourselves, no matter how much progress or improvement we may make. Further, in our broken and sinful attempts to know and be known, we steer away from the God who knows us perfectly and instead pursue shallow relationships based on online statuses. We steer away from the God who loves us perfectly in pursuit of love and acceptance that is conditional. If we cannot fix this problem ourselves, there is either no hope for us, or our hope must come from outside us. But the Gospel, the church, and the world-to-come present us with a vision of the kind of depolarized society Bail likely dreams of himself. Although not presented from a Christian worldview, the Christian worldview confirms and strengthens many of Bail’s observations and conclusions.

Sadly, some churches and their members are participating in and fueling the social media prism. However, all churches stand to gain significantly from implementing Bail’s recommendations. Media literacy and media ecology has been a critically neglected area of discipleship for decades, but Bail’s work offers ministry leaders clear benefits to closing the “perception gap” and helping people understand the social media prism’s effects among their own people. Churches who undertake this critical work may empower their people to contribute the moderating presence and voice that is suppressed and lost in the prism’s distorting effects. It gives Christians another potential avenue for being meaningful salt and light in the world.

Finally, and most importantly, healthy churches possess the support systems necessary to transition extremists away from their current identity networks into new identities. Healthy churches, marked by radical hospitality, generosity, forgiveness, and grace, are powerfully equipped to provide a tangible off-ramp for those caught in extremist networks and looking for meaningful ways out. For churches struggling with the QAnon cult, Bail’s research and work could not be more timely.

Breaking the Social Media Prism may not be a Christian book, but it may be one of the most important books Christians could read this year. It could help usher in a paradigm shift among Christians that grows their ability to meaningfully engage the world in and around social media.

Austin Gravley is a social media manager and youth ministry associate in Amarillo, Texas. His podcast “Breaking the Digital Spell” explores the ways technology and media change our thoughts about God and our neighbor. He is also an avid reader and metalhead. Connect with Austin on Twitter. 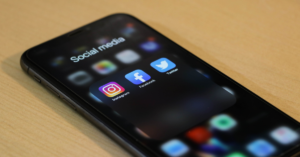 Every once in a while, something comes along and causes a paradigm shift in its respective field or medium, a breakthrough that challenges prevailing narratives 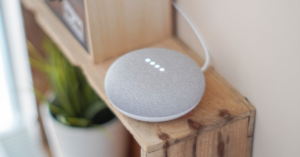 Is Google the New God?

“Google is our modern man’s God…you trust Google more than any entity in your history” — Scott Galloway, author of The Four: The Hidden DNA of